*Warning! This page contains the ever-dreadful spoilers. You probably don't want to read this until you've read The Trace. Annoying, I know. Just thought I should warn you.

As most people will know, any time you get an idea, the world wants to know where you found it. I never know how to answer that question, simply because I'm not exactly sure. "I don't know," I want to say, "I just like weird stuff, and somehow that became an idea."

Yeah, that's not a good answer.

I will try, as I have tried many times in my own mind and to the countless people who I dream one day will ask, to recreate my brain process and pinpoint the development of Anamnesis and her counterparts.

Okay. So she (can I call my trilogy a "she," or is that just creepy? Oh, well, I'm going to do it anyway.) initially sprouted when I was up in the Pocono Mountains of Pennsylvania, nestled in a cabin with my family. There were piles of trees, all pressed around me on every side; yet, there was an emptiness that allowed my mind to fill it with thoughts of a girl on the run from someone, for some reason. This girl was initially in her 20's, and her name was Jessica. (All the female protagonists in my stories were called "Jessica," while all the males were "Josh." I was/am unoriginal, but aren't we all?) 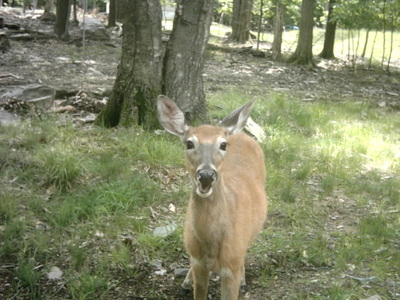 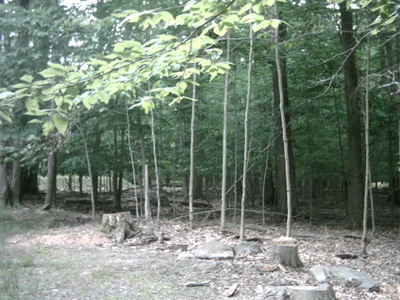 This deer kept following me around. Actually, I was probably following her. Anyway, she gave me a tour of the backyard. She also liked bread.
So there was a girl on the run, and there was a setting: A cabin in the mountains. Now, I'd never been athletic, but I always liked the idea of playing soccer. Therefore, my characters should play soccer. Another idea started blossoming, an idea about a girl who was incredibly good at soccer. Too good, unnaturally good. She was actually telekinetic. People had to watch this girl at her soccer games to make sure that her above-average capabilities weren't disclosed to the general public. At first there was a boy watching her. He loved her, but she couldn't remember him. I didn't know why not. Then there was a girl, a mean girl who hated Jessica. Why? I didn't know that, either.

I'll try to keep this short(ish). We've got cabin girl, and we've got soccer girl. Throw in X-Men, and suddenly the soccer girl gets kidnapped during a soccer game by the love-struck boy, who takes her to a cabin and trains her to be part of an Academy for superhumans. Details began to change. He wasn't kidnapping her, he was saving her! From these monstery things that had no proper name or description. He trains her, blah blah blah blah blah, eventually something bad happens to her. More things fell into place. The Tacemus (who originated from a previous book of mine, The-Book-Which-Shall-Never-Be-Discussed-Due-To-Embarrassment); the Academy lifestyle; the Leader; a monster lair.

Then, when I was nineteen and at a bookstore with my favorite person, I told him, in a random conversation, about one of my crazy book ideas. We sat on the floor near the CDs and talked for about twenty minutes. Then, when my throat was dry, Nathan suggested how cool it would be if the story actually started in a different way than I'd planned. Yeah, that would be cool, not that it mattered. But then he said the words that consumed the next few years of my life (I think he sometimes regrets those words): "You should write it."

His words stuck with me. I heard them everywhere. You should write it. You should write it. You should write it. And so, during a rather boring Astronomy lecture sometime in the spring of 2011, my mind started to agree with Nathan's words. Why shouldn't I write it? I liked to write, and a lecture hall was as good a place as any to begin a book. I started thinking about this girl, whose name at that moment changed to Ella. She was just waking up and her body was entirely different. I thought about how it felt to wake up in the morning. Then, I turned the page of my notebook, picked up my pen, and wrote,

"The first thing that hit me was the smell." *

*The beginning of the first chapter of The Trace has since changed. For more explanation (in case you are super attached to those first 9 words, as I was), read my blog post entitled, "The First Chapter Syndrome."